Adam and Eve bear Cain and Abel, but more trouble develops as their sons grow older.

Genesis 4:1-7 – Now Adam knew Eve his wife, and she conceived and bore Cain, saying, “I have gotten a man with the help of the Lord.” And again, she bore his brother Abel. Now Abel was a keeper of sheep, and Cain a worker of the ground… And the Lord had regard for Abel and his offering, but for Cain and his offering he had no regard. So Cain was very angry, and his face fell. The Lord said to Cain, “Why are you angry, and why has your face fallen? If you do well, will you not be accepted? And if you do not do well, sin is crouching at the door. Its desire is contrary to you, but you must rule over it.” 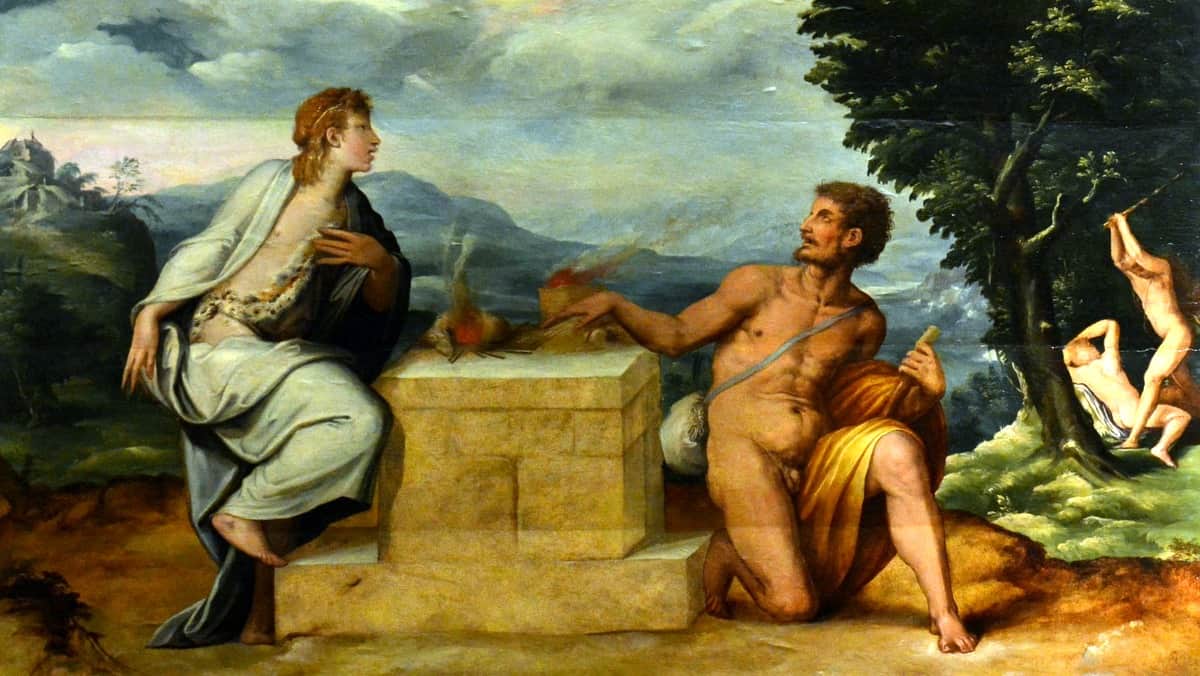 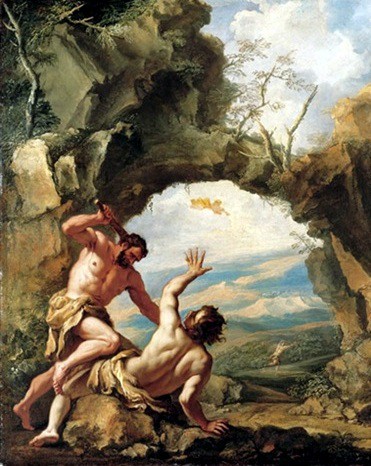 Cain spoke to Abel his brother. And when they were in the field, Cain rose up against his brother Abel and killed him. Then the Lord said to Cain, “Where is Abel your brother?” He said, “I do not know; am I my brother’s keeper?” And the Lord said, “What have you done? The voice of your brother’s blood is crying to me from the ground. And now you are cursed from the ground, which has opened its mouth to receive your brother’s blood from your hand. When you work the ground, it shall no longer yield to you its strength. You shall be a fugitive and a wanderer on the earth.”

Behold, you have driven me today away from the ground, and from your face I shall be hidden. I shall be a fugitive and a wanderer on the earth, and whoever finds me will kill me.” Then the Lord said to him, “Not so! If anyone kills Cain, vengeance shall be taken on him sevenfold.” And the Lord put a mark on Cain, lest any who found him should attack him. Then Cain went away from the presence of the Lord and settled in the land of Nod, east of Eden. Cain knew his wife, and she conceived and bore Enoch. When he built a city, he called the name of the city after the name of his son, Enoch.

Where did this family fit into the migration scheme of things we’ve seen earlier?

The creation story reports early in Genesis 4 that “Abel was a keeper of sheep and Cain a worker of the ground.” As the first two sons born to Adam and Eve after the Fall, they were all living in the Fertile Crescent of the Middle East at the time. After Cain murdered Abel, he was exiled (with protection) and “went away from the presence of the Lord and settled in the land of Nod, east of Eden” where he apparently married someone he met there, “knew his wife,… bore Enoch… [and] built a city.” All of these behaviors are consistent with people who know about and are practicing patterns of life consistent with the First Agricultural Revolution, as described in the previous page and video about the migration patterns of early mankind.