God creates Adam, breathes the fullness of life into him, and places him in a garden prepared with rich blessings along with a source of potential temptation.

Genesis 2:7-9 – Then the Lord God formed the man of dust from the ground and breathed into his nostrils the breath of life, and the man became a living creature. And the Lord God planted a garden in Eden, in the east, and there he put the man whom he had formed.

And out of the ground the Lord God made to spring up every tree that is pleasant to the sight and good for food. The tree of life was in the midst of the garden, and the tree of the knowledge of good and evil. 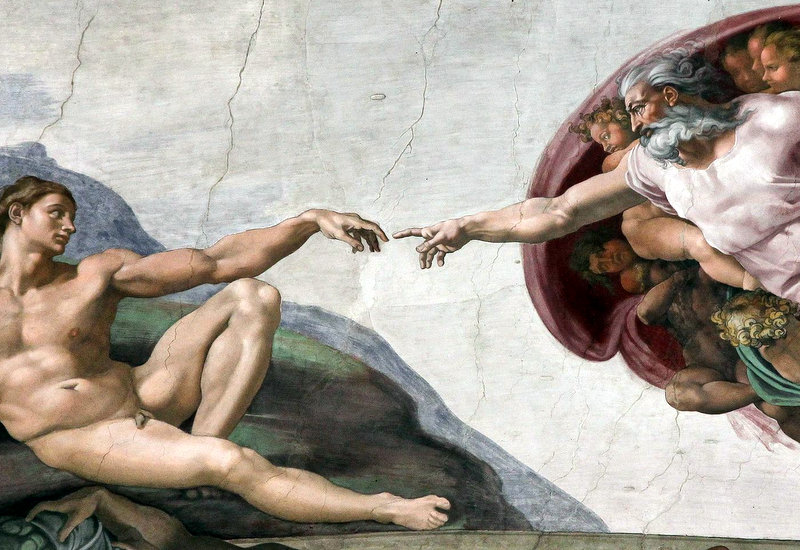 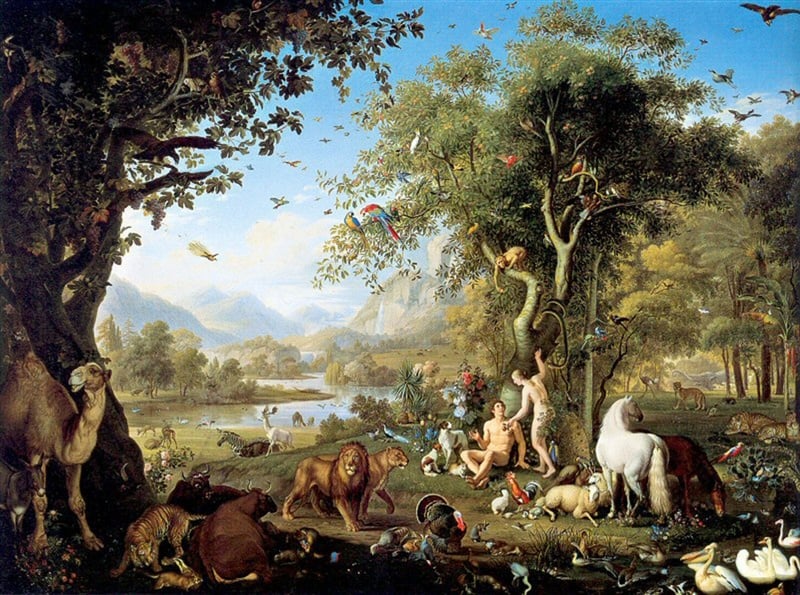 The Lord God took the man and put him in the garden of Eden to work it and keep it.

And the Lord God commanded the man, saying, “You may surely eat of every tree of the garden, but of the tree of the knowledge of good and evil you shall not eat, for in the day that you eat of it you shall surely die.”

Then the Lord God said, “It is not good that the man should be alone; I will make him a helper fit for him.”

Now out of the ground the Lord God had formed every beast of the field and every bird of the heavens and brought them to the man to see what he would call them. And whatever the man called every living creature, that was its name.

There is significant question about whether the Genesis 2 account of God’s creation of Adam and Eve in the Garden of Eden is simply an expansion of the Genesis 1 account of His creation of Mankind in His Image, or whether God created mankind generically as the culmination of His plan for populating the Earth and then designated Adam and Eve to be the first members of mankind blessed with a spiritual awareness of and relationship with their Creator. Marg Mowczko has written an illuminating article about the Hebrew terms used in Genesis for mankind, man, and woman.

I have chosen in this presentation to assume that the latter explanation may have some merit, since there are a number of significant details in the Adam and Eve story that appear to be metaphorical, including the critical “tree of the knowledge of good and evil” (no, it wasn’t a physical tree with fruit that could be chewed and swallowed) and the talking serpent who was clearly a representation, figurative or otherwise, of Satan.

There are also the puzzling stories in Genesis 4 about Adam and Eve’s sons that were born after the fall. Cain killed his brother Abel in a jealous rage and was very worried about becoming a fugitive from others who would harm him after being driven out of Eden, which suggests that there were unrelated human beings on the planet at the time. The Lord then put a mark of protection upon him, encouraged him, and sent him east to the land of Nod where he somehow found a wife, married, raised a family, and built a city. Subsequently Adam and Eve had another son, Seth, who also married and had a family. Where did Cain’s wife in Nod and Seth’s wife come from? Did they marry their sisters? Oh dear.

We will return later to an equally puzzling account given early in Genesis 6 about how the “sons of God” related to the “daughters of man” and what the outcome of that was. Somewhere along the way you might enjoy reading a very well-researched recent book by Dr. Joshua Swamidass on scientific genealogy that proposes a highly satisfying and integrative answer to the puzzle about our origins.

What was God’s plan for Day 7?

According to Genesis, God rested on the Seventh Day after creating Man on the Sixth. What was His designated purpose for setting aside a day of rest? How were Adam and Eve and all of mankind to participate? Click the Sabbath link below for a side trip into our Biblical timeline and calendar track.