400-0 BC – The Intertestamental Period

During the period between the close of the Old Testament and the writings of the New Testament several books were written that have been considered for addition to the “canon” of Biblical texts approved by Jewish and Christian scholars and theologeans. These include but are not limited to Tobit, Judith, 1 Maccabees, 2 Maccabees, the Wisdom of Solomon, the Wisdom of Sirach (also called Ecclesiasticus), and Baruch. Due to ongoing lack of full agreement, various books have been included by some groups, excluded by others, and published in a separate section called “Apocrypha” by others.

Alexander the Great and The Maccabees

It is during this so-called “silent” period that we find the historical record of the Maccabees, a dedicated traditional Jewish family who resisted the cultural and political dominion of the Greeks after Alexander the Great’s empire had expanded to include Turkey, Egypt, the Middle East (including Judea), and much of the East as far as India (see map below). After Alexander’s death his empire was divided into 4 portions. Greek dominion over Judea (Israel) was exercised first by the Egyptian branch of Ptolomy branch and later by the Syrian branch  of Seleucus. 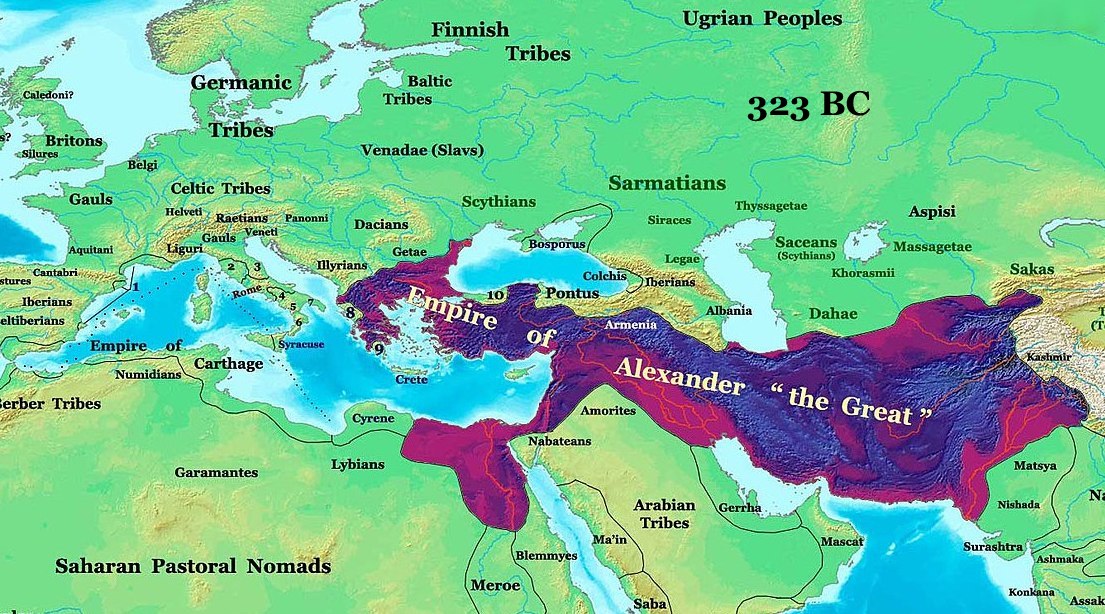 Hanukkah and the Hasmodian Kingdom

Around 200 BC, Israel came under the control of Antiochus III, the Seleucid king of Syria, who allowed the Jews who lived there to continue practicing their religion. His son, Antiochus IV Epiphanes, proved less benevolent: Ancient sources recount that he outlawed the Jewish religion and ordered the Jews to worship Greek gods. In 167 BC, his soldiers descended upon Jerusalem, massacring thousands of people and desecrating the city’s holy Second Temple by erecting an altar to Zeus and sacrificing pigs within its sacred walls. Traditional practicing Jewish people were outraged, and rebellion broke out.

As recorded in the Deuterocanonical books of 1 and 2 Maccabees, the Syrians were driven out, Jerusalem was liberated, and the Second Temple was rededicated in 165 BC under the leadership of Judah Maccabee and his family and followers. When the 7 golden temple menorah lamps were rekindled to celebrate the rededication of the Temple there was only enough oil to last one day, but the candles stayed lit for 8 full days, a miracle celebrated as Hanukkah by the Jewish community worldwide on the 25th day in the Jewish month of Kislev (usually in December). Following the death of Judah Maccabee, his family established what is known as the Hasmonean Kingdom, which ruled Judea and surrounding regions semi-autonomously from 165 BC until Greek influence was overcome by the Romans in 63 BC and Julius Caesar in 45 BC. 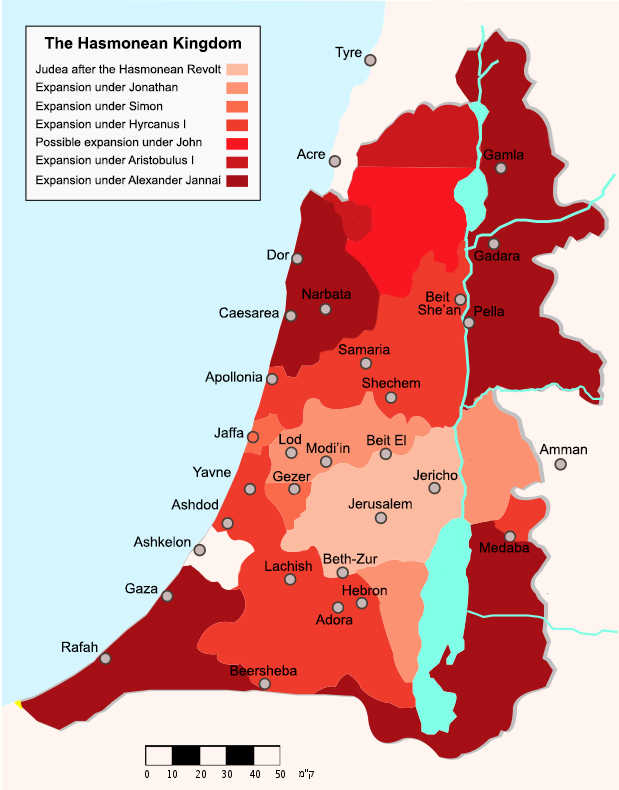