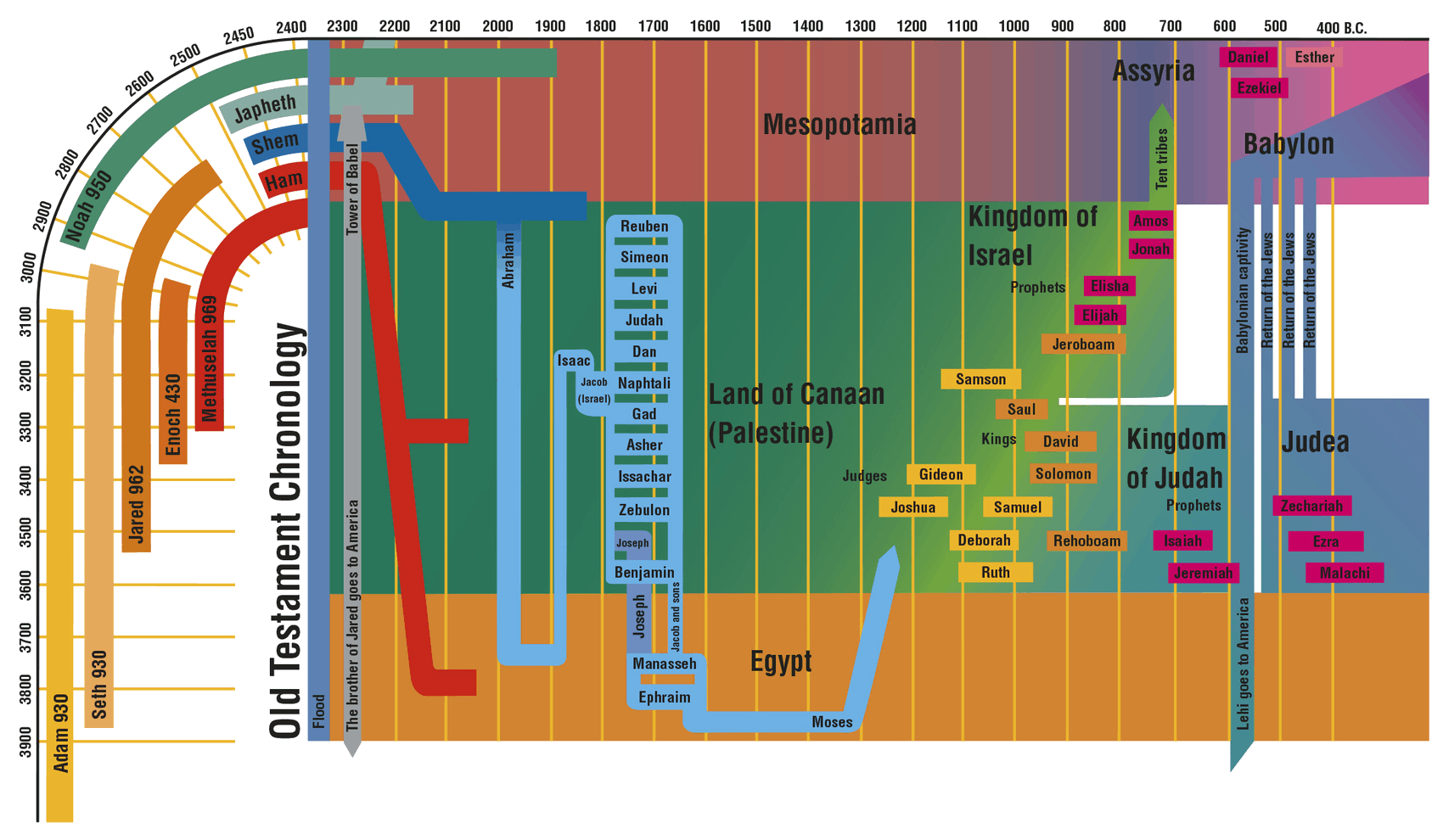 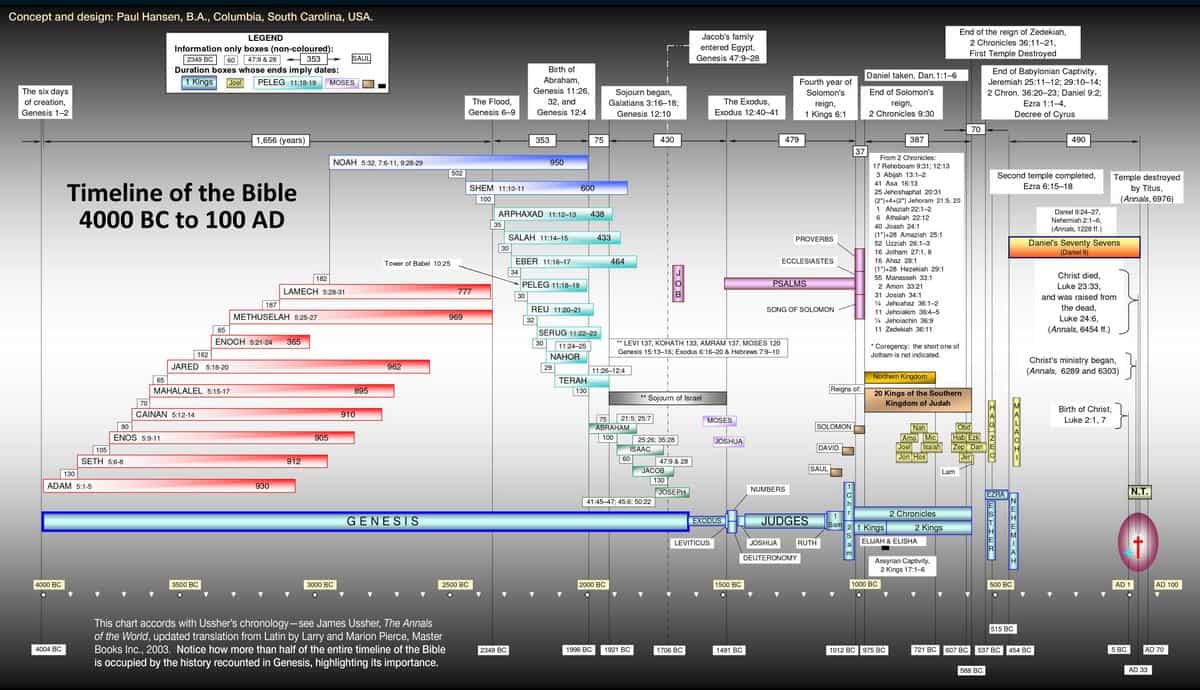 This timeline was developed by Paul Hansen in an attempt to faithfully represent the details provided by the late Archbishop James Ussher in The Annals of the World, as translated by Larry Pierce. Click on the detailed timeline image above to bring up an enlarged chart in a separate window: clicking on this second image will enlarge the it even further for detail. The primary purpose of reviewing Hansen’s chart at this place in our website is to reveal the broad Biblical outlines of the historical period we are seeking to cover in the Kingdom sections that follow. Note also how much of the BC timetable from the beginning of recorded history to the end of the first century AD is covered in the Genesis account alone. The first five books of the Bible (Genesis, Exodus, Leviticus, Numbers, and Deuteronomy), known as the Pentateuch or Torah (Law), are attributed to Moses and close with his death in 1451 BC.

On close inspection the chart provides an interesting and meticulously researched overview with some potentially controversial interpretations, for example, the way the it refers to and positions Daniel’s “seventy sevens” (Daniel 9:24), which seems to endorse a particular eschatological view (cf. Daniel 9:25). For our purposes now, however, the main point to be observed is the historical continuity of the Biblical account. The timelines we have developed and will be working through integrate geographical and historical material having to do with what was happening in the broader world while the events described in the Bible were going on.

Look below and you’ll notice Up and Down buttons in the middle. Using these buttons you can navigate directly through our timelines. For each timeline we will take a detailed tour using the outside buttons to investigate historical events and people noted on the current chart (the preferred route, especially for your early visits to our website). Our Chart 2 tour will allow us to look more closely at the lives and times of the Patriarchs in Genesis in the context of concurrent events in world history. Before we get into the details, however, we should go to an overview of the Ancient Civilizations that became active during the Patriarchal period.