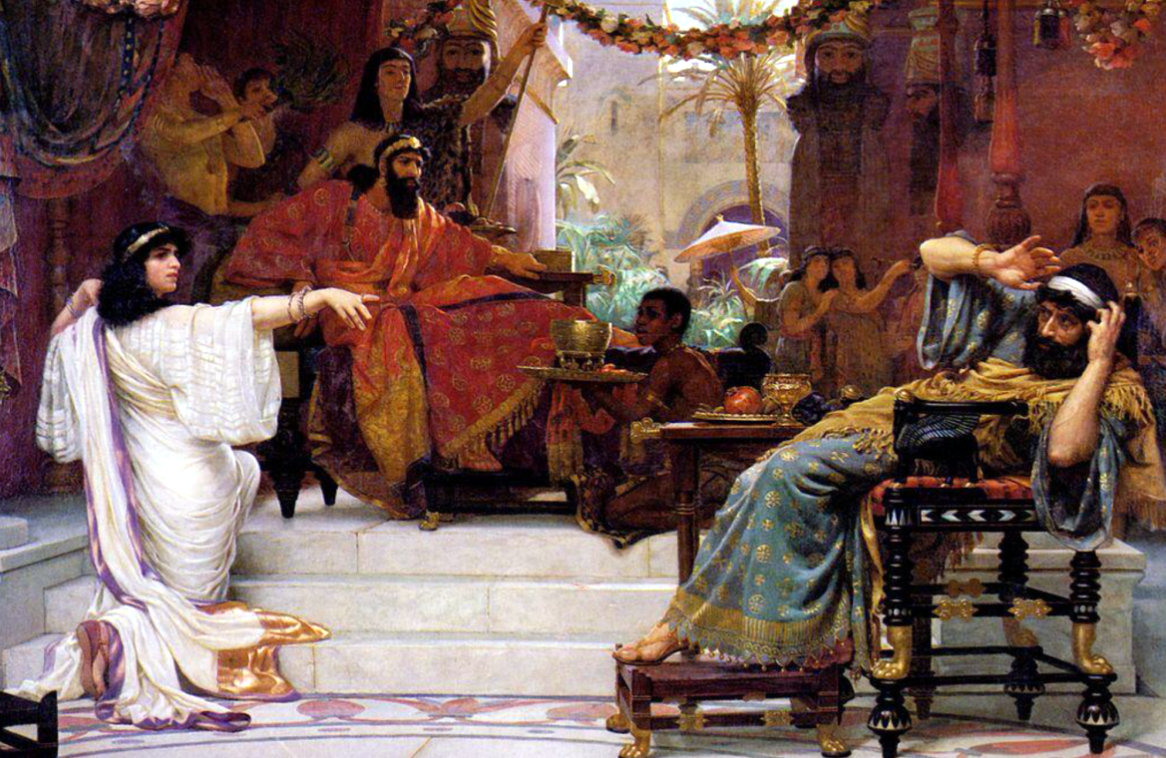 Purim (/ˈpʊərɪm/; Hebrew: About this soundפּוּרִים (help·info) Pûrîm “lots”, from the word פור pur (גורל / fate), related to Akkadian: pūru; also called the Festival of Lots) is a Jewish holiday that commemorates the saving of the Jewish people from Haman, an Achaemenid Persian Empire official who was planning to kill all the Jews, as recounted in the Book of Esther (מגילת אסתר Megillat Ester in Hebrew; usually dated to the 4th century BC)

According to the Book of Esther, Haman was the royal vizier to King Ahasuerus (presumed to be Xerxes I or Artaxerxes I of Persia, “Khshayarsha” and “Artakhsher” in Old Persian respectively) and he planned to kill all the Jews in the empire. His plans were foiled by Mordecai and Esther his cousin and adopted daughter, who had risen to become Queen of Persia. The day of deliverance became a day of feasting and rejoicing.

According to the Scroll of Esther, “they should make them days of feasting and gladness, and of sending portions one to another, and gifts to the poor.” Purim is celebrated among Jews by:

Purim is celebrated annually according to the Hebrew calendar on the 14th day of the Hebrew month of Adar (and on Adar II in Hebrew leap years that take place every two to three years), the day following the victory of the Jews over their enemies. In cities that were protected by a surrounding wall at the time of Joshua, Purim is celebrated on the 15th of the month of Adar on what is known as Shushan Purim, since fighting in the walled city of Shushan continued through the 14th day of Adar. Today, only Jerusalem and a few other cities celebrate Purim on the 15th of Adar.