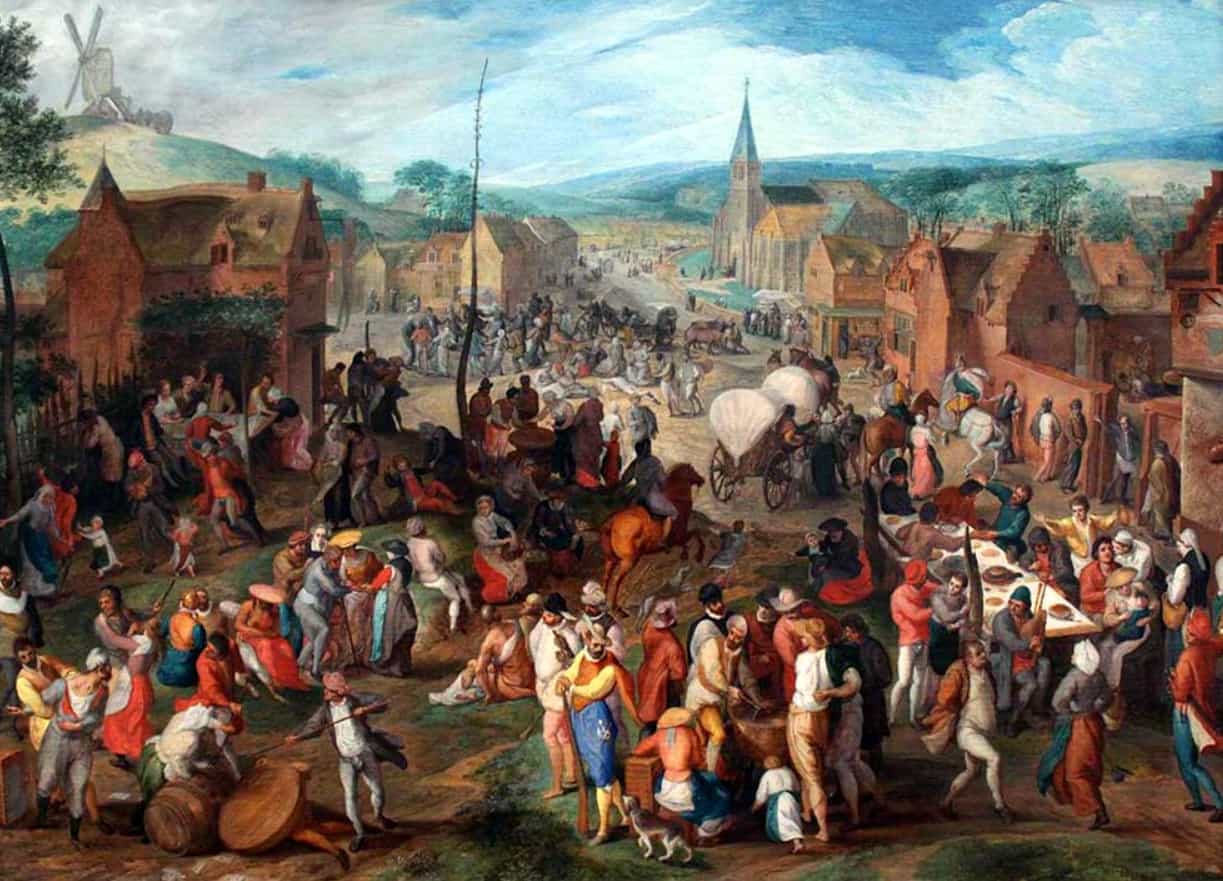 The look-back term Middle Ages (Latin medium aevum) or Medieval period came into favor in modern times in describing the history of the European world bracketed between the fall of the Roman Empire and the flowering of the Renaissance. The world of antiquity preceded and overlapped the beginning of the period, and as the Renaissance took hold in Italy and spread over the continent the modern world overlapped the end. The transitional 1,000 years in between constitute the Middle Ages, a rich time in the history of the western world that tends to be filled with modern misunderstandings. Historians like to further divide the Middle Ages into three periods: Early, High, and Late, as described clearly in an article by Melissa Snell quoted below:

The Early Medieval Era is sometimes still called the “Dark Ages”. This epithet originated with those who wanted to compare the earlier period unfavorably with their own so-called “enlightened” age. Modern scholars who have actually studied the time period would not so readily use the label, since passing judgment on the past interferes with a true understanding of the time and its people. Yet the term is still somewhat apt for the simple reason that we know relatively little about events and material culture in those times.

This era is often considered, to begin with, the “fall of Rome” that we just touched upon and end sometime in the 11th century. It encompasses the reigns of ​Charlemagne, Alfred the Great, and the Danish Kings of England; it saw frequent Viking activity, the Iconoclastic Controversy, and the birth and rapid expansion of Islam in Northern Africa and Spain. Over these centuries, Christianity spread throughout much of Europe, and the Papacy evolved into a powerful political entity.

The Early Middle Ages are also sometimes referred to as Late Antiquity. This time period is usually viewed as beginning in the third century and stretching to the seventh century, and sometimes as late as the eighth. Some scholars see Late Antiquity as distinct and separate from both the Ancient world and the Medieval one; others see it as a bridge between the two where significant factors from both eras overlap.

The High Medieval Era is the period of time that seems to typify the Middle Ages best. Usually beginning with the 11th century, some scholars end it in 1300 and others extend it for as much as another 150 years. Even limiting it to a mere 300 years, the High Middle Ages saw such significant events as Norman conquests in Britain and Sicily, the earlier Crusades, the Investiture Controversy and the signing of the Magna Carta. By the end of the 11th century, nearly every corner of Europe had become Christianized (with the notable exception of much of Spain), and the Papacy, long established as a political force, was in constant struggle with some secular governments and alliance with others.

This period is often what we think of when someone mentions “medieval culture.” It is sometimes referred to as the “flowering” of medieval society, thanks to an intellectual renaissance in the 12th century, such notable philosophers as Peter Abelard and Thomas Aquinas, and the establishment of such Universities as those in Paris, Oxford, and Bologna. There was an explosion of stone castle-building and the construction of some of the most magnificent cathedrals in Europe.

In terms of material culture and political structure, the High Middle Ages saw medievalism at its peak. What we call feudalism today was firmly established in Britain and parts of Europe; trade in luxury items, as well as staples, flourished; towns were granted charters of privilege and even established anew by ​feudal lords with alacrity, and a well-fed population was beginning to burgeon. By the end of the thirteenth century, Europe was at an economic and cultural height, perched at the verge of a downturn.​

The end of the Middle Ages can be characterized as a transformation from the medieval world to the early modern one. It is often considered to begin in 1300 and close around 1500, though some scholars extend the period as far as 1650.

Cataclysmic and awesome events of the 14th century include the Hundred Years War, the Black Death, the Avignon Papacy, the Italian Renaissance, and the Peasants’ Revolt. The 15th century saw Joan of Arc burned at the stake, the fall of Constantinople to the Turks, the Moors were driven from Spain and the Jews expelled, the Wars of the Roses and the voyage of Columbus to the New World.

Though famine and disease had always been a lurking presence, the Late Medieval era saw the horrific results of both in abundance. The Black Death, preceded by famine and overpopulation, wiped out at least a third of Europe and marked the end of the prosperity that had characterized the high medieval era. The Church, once so highly respected by the general populace, suffered reduced status when some of its priests refused to minister to the dying during the plague and sparked resentment when it enjoyed enormous profits in bequests from plague victims. More and more towns and cities were wresting control of their own governments from the hands of the clergy or nobility that had previously ruled them. And the reduction in population triggered economic and political changes that would never be reversed.

Look below and you’ll notice Up and Down buttons in the middle. Using these buttons you can navigate directly through our timelines. For each timeline we will take a detailed tour using the middle buttons to investigate historical events and people noted in bold red on the current chart (the preferred route, especially for your early visits to our website). Our detour will now take us through the three stages of the Middle Ages.