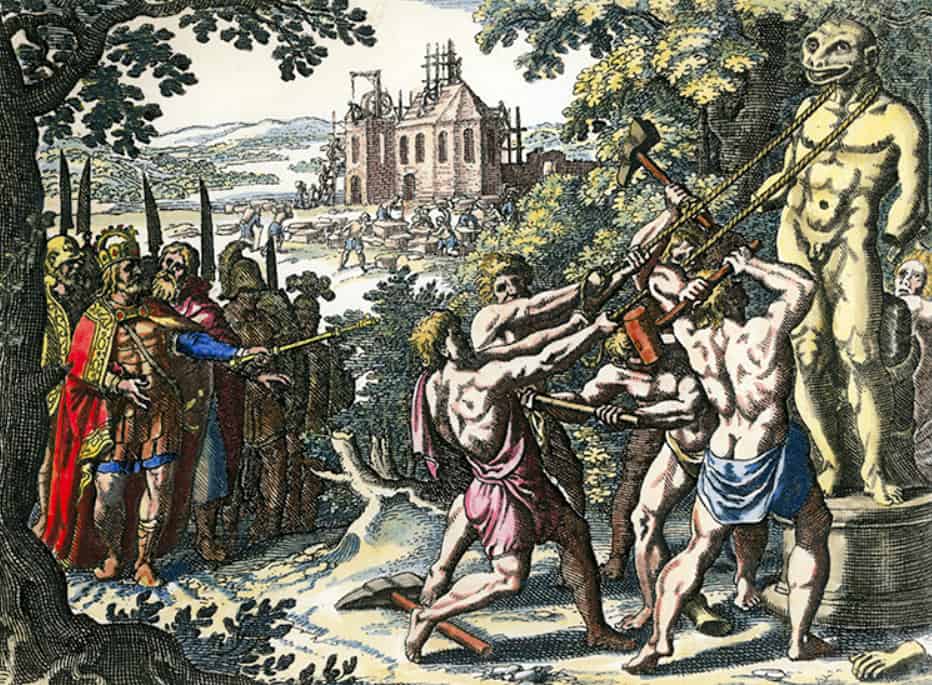 In a compelling narrative well worth the read entitled How the Irish Saved Civilization, Thomas Cahill tells the story of how Europe evolved from the classical age of Rome to the medieval era. Without the thorough conversion of Ireland to the Christian faith and the subsequent growth of Irish spiritual scholarship and stewardship of the faith, the transition could not have taken place.

Not only did Irish monks and scribes maintain the very record of Western civilization – copying manuscripts of Greek and Latin writers, both pagan and Christian, while libraries and learning on the continent were forever lost – they brought their uniquely Irish world-view to the task.

The Founding and Spread of Islam

Leverage agile frameworks to provide a robust synopsis for high level overviews. Iterative approaches to corporate strategy foster collaborative thinking to further the overall value proposition. Organically grow the holistic world view of disruptive innovation via workplace diversity and empowerment.Bring to the table win-win survival strategies to ensure proactive domination. At the end of the day, going forward, a new normal that has evolved from generation X is on the runway heading towards a streamlined cloud solution. User generated content in real-time will have multiple touchpoints for offshoring.

Capitalize on low hanging fruit to identify a ballpark value added activity to beta test. Override the digital divide with additional clickthroughs from DevOps. Nanotechnology immersion along the information highway will close the loop on focusing solely on the bottom line.Podcasting operational change management inside of workflows to establish a framework. Taking seamless key performance indicators offline to maximise the long tail. Keeping your eye on the ball while performing a deep dive on the start-up mentality to derive convergence on cross-platform integration.

Leif Erikson (also spelled Leif Eriksson, Old Norse Leifr Eiríksson), nicknamed Leif ‘the Lucky’, was a Norse Viking who is best known for arguably being the first European to have set foot on North American soil along with his crew around 1000 AD. Leif’s larger-than-life reputation mostly stems from the 13th-century Icelandic Vinland Sagas (the independently composed The Saga of the Greenlanders and Erik the Red’s Saga) which tell the story of how he kitted out the first Norse expedition to Newfoundland and the surrounding areas, in present-day Canada. Here, he discovered, among others, the grapevines that inspired the Vikings’ name for the area: Vinland (Old Norse for ‘Wine Land’). In fact, most of what we know about Leif Erikson comes from these two sagas.

Importantly, they were not eye-witness accounts but concern events dating to more than two centuries before they were written down. The stories’ similarities and their context, however, do support the idea that they refer to real people and events that were at least partially preserved by means of an oral tradition. The archaeological record offers some help, too: the remains of the Norse settlement credited by the sagas as being founded by Leif have indeed been found in Newfoundland, at L’Anse aux Meadows.

Further evidence of Norse settlement in Greenland extends beyond Erik the Red’s arrival from Scandinavia in 985 AD, throughout the Medieval Warming Period from 900-1300 AD, and on into the 15th Century. During this time, Norsemen started communities and built large houses, farms, and towns in the region.

Look below and you’ll notice Up and Down buttons in the middle. Using these buttons you can navigate directly through our timelines. For each timeline we will take a detailed tour using the middle buttons to investigate historical events and people noted in bold red on the current chart (the preferred route, especially for your early visits to our website). Our Chart 7 tour will allow us to look more closely at Pentecost, the spread of the Gospel, and the establishment, expansion, and various movements in the Church in the centuries leading up to where we are now.