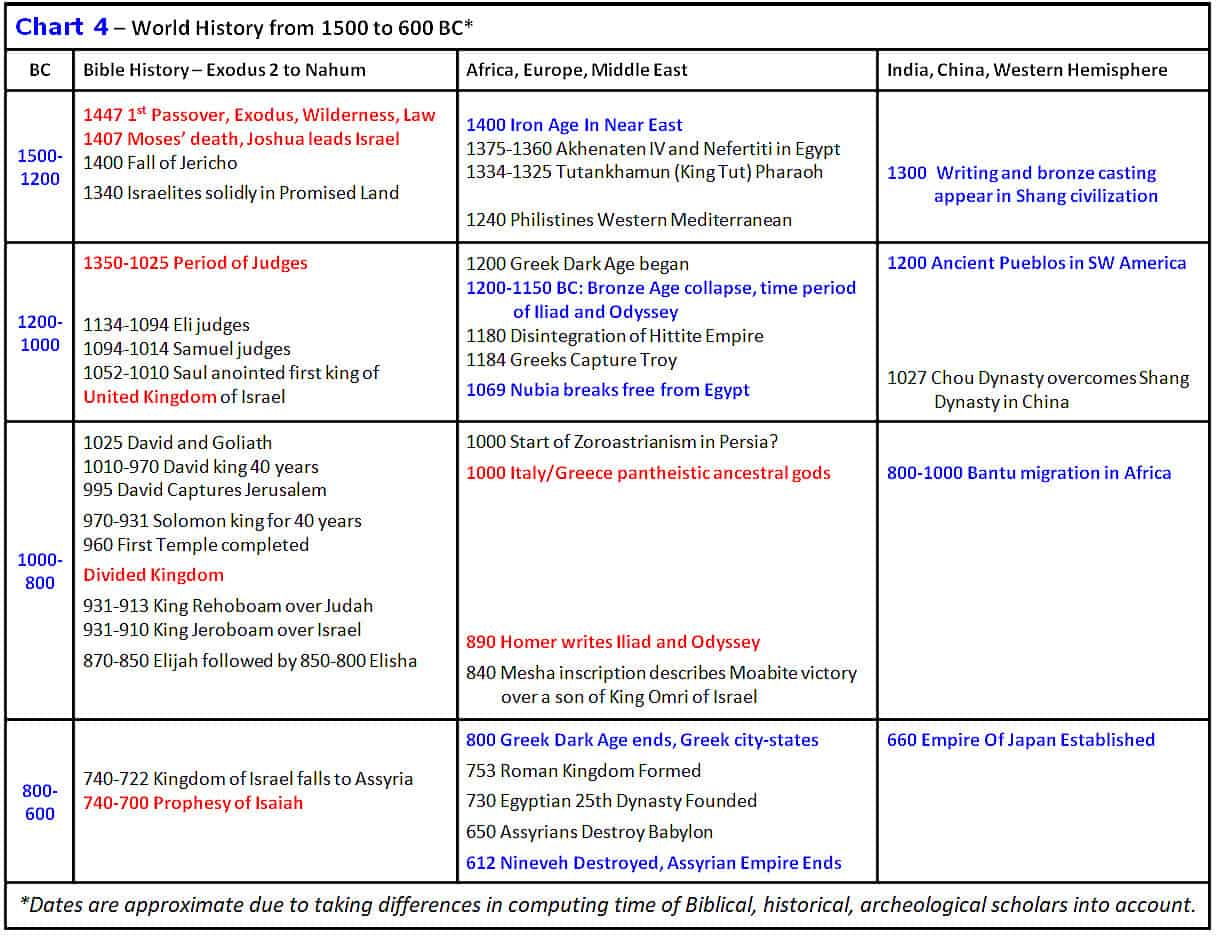 Various events are highlighted in Chart 4 above for emphasis and further review. Those highlighted in bold red will be examined in more detail in the following pages, while those in bold blue have been noted for context and occasionally addressed in our growing collection of informative Articles posted in the About section. Click here for more information about Don Roth’s dates.

The partial kingdom
God rescues His people from Egypt and gives them His law to teach them how to live. He settles them in His promised land. And He lives among them in His sanctuary – initially the Tabernacle, but finally Solomon’s grand Temple.

God’s people are living in God’s paradise in the presence of their King and under His rule and blessing. The Kingdom of God has come – but only partially. Sin and all its consequences still blight creation. Even God’s own chosen people prove inveterate rebels. The kingdom of Israel falls apart and ends in conquest and exile. Only a remnant return to rebuild a ruined land.

Look below and you’ll notice Up and Down buttons in the middle. Using these buttons you can navigate directly through our timelines. For each timeline we will take a detailed tour using the side buttons to investigate historical events and people noted in bold red on the current chart (the preferred route, especially for your early visits to our website). Our Chart 4 tour will allow us to look more closely at Israel’s establishment in the Promised Land, through the united and then divided kingdoms of Israel and Judah, their Exile in Babylon, subsequent return to the land, and prophesies of Isaiah.