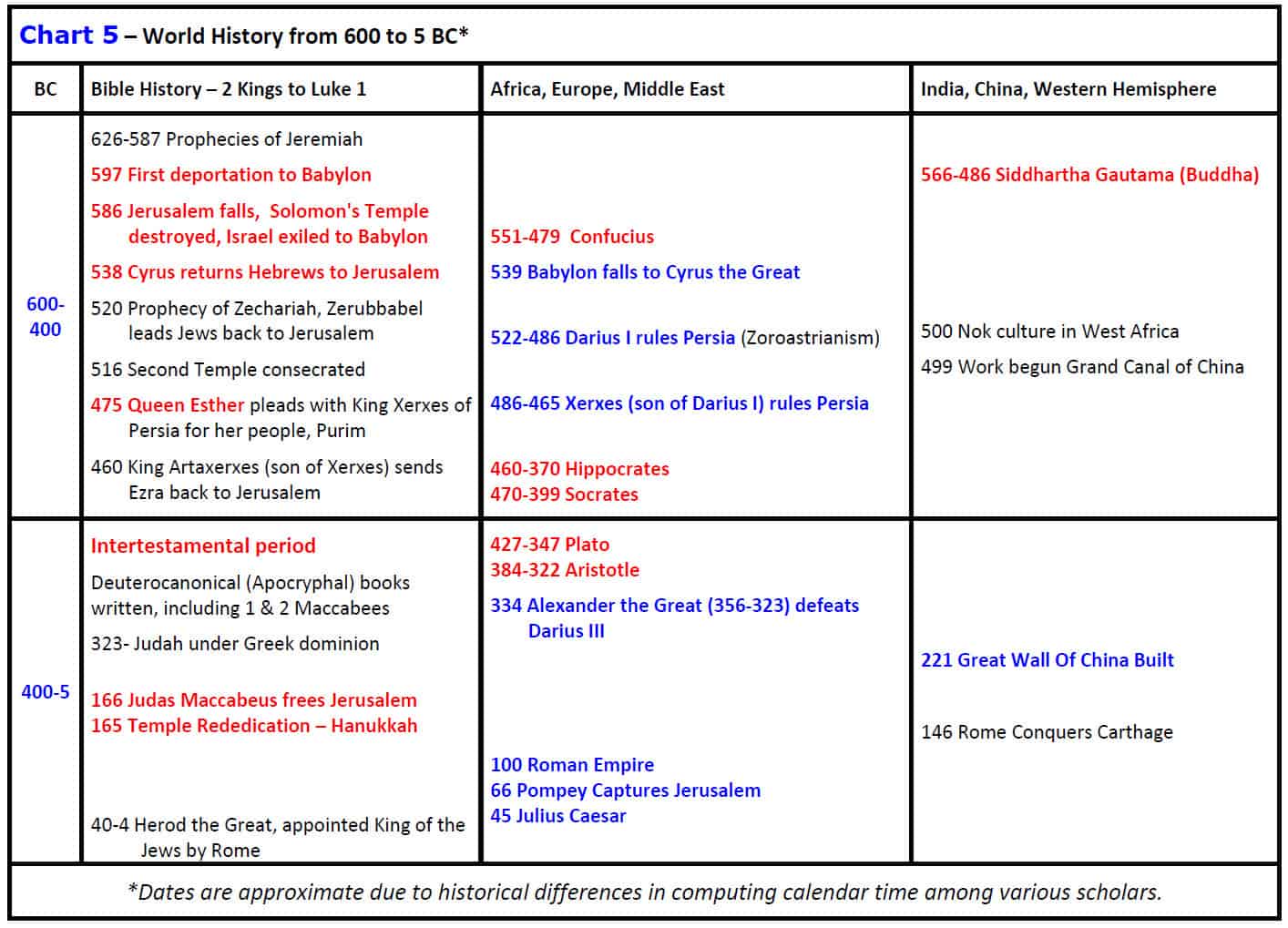 Various events are highlighted in Chart 5 above for emphasis and further review. Those highlighted in bold red will be examined in more detail in the following pages, while those in bold blue have been noted for context and occasionally addressed in our growing collection of informative Articles posted in the About section.

During this period of Israel’s decay and downfall, God astonishes His people – and us – with breathtaking visions of glory. Woven through rebuke and warning, God pledges to redeem His people. He promises that they will live in God’s paradise. A King will govern them – and that King is God Himself! God is going to establish His Kingdom.

In the rest of the world

In the meantime, many well-known historical happenings and leaders emerged in the world outside of the Middle East as noted on Chart 5 above. These include Buddha in the Asian subcontinent and Confucius in Asia as well as Hippocrates, Socrates, Plato, and Aristotle in Greece. After the fall of Persia to Alexander the Great, a great Greek Empire arose until the Roman Empire eclipsed it with the conquests of Pompey and Julius Caesar, transferring dominion over the Middle East and Israel from the Greeks to the Romans under Herod the Great.

Look below and you’ll notice Up and Down buttons in the middle. Using these buttons you can navigate directly through our timelines. For each timeline we will take a detailed tour using the side buttons to investigate historical events and people noted in bold red on the current chart (the preferred route, especially for your early visits to our website). Our Chart 5 tour will allow us to look more closely at Israel’s condition in the centuries leading up to the birth of the promised Messiah.