Preparations and The Seder Table

Careful advance preparation by both hosts and leaders is a significant part of the joy of the holiday and key to having a memorable celebration. Location, guests, menu and recipes (available in full detail in The Biblical Festivals book linked below), and meal preparation plans all need to be decided and arranged in advance. Leaders should read through the Haggadah (at http://hiskingdom.us/times/passover/ with live links), and all participants are encouraged to read Exodus 12 and John 13-17 before the Seder.

The Seder begins at sundown with everyone seated at a beautifully set table, covered with a white tablecloth as a reminder of the bright sand of the Sinai desert and decorated in blue and gold with cheerful spring flowers and candles.

At the head of the table are arranged the special Passover elements listed below: 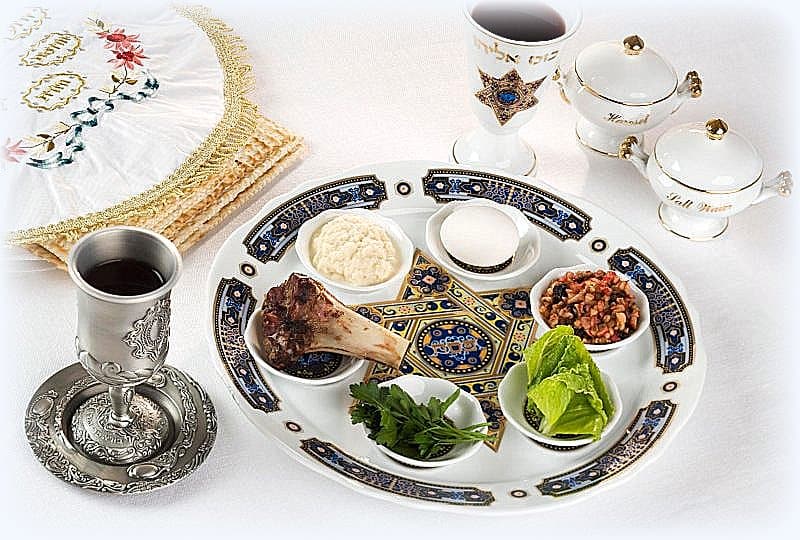 Then, right at sunset after all have been seated, the ceremony begins…

Passover
Baclground
Back to Moses
A Haggadah
Purchase Book