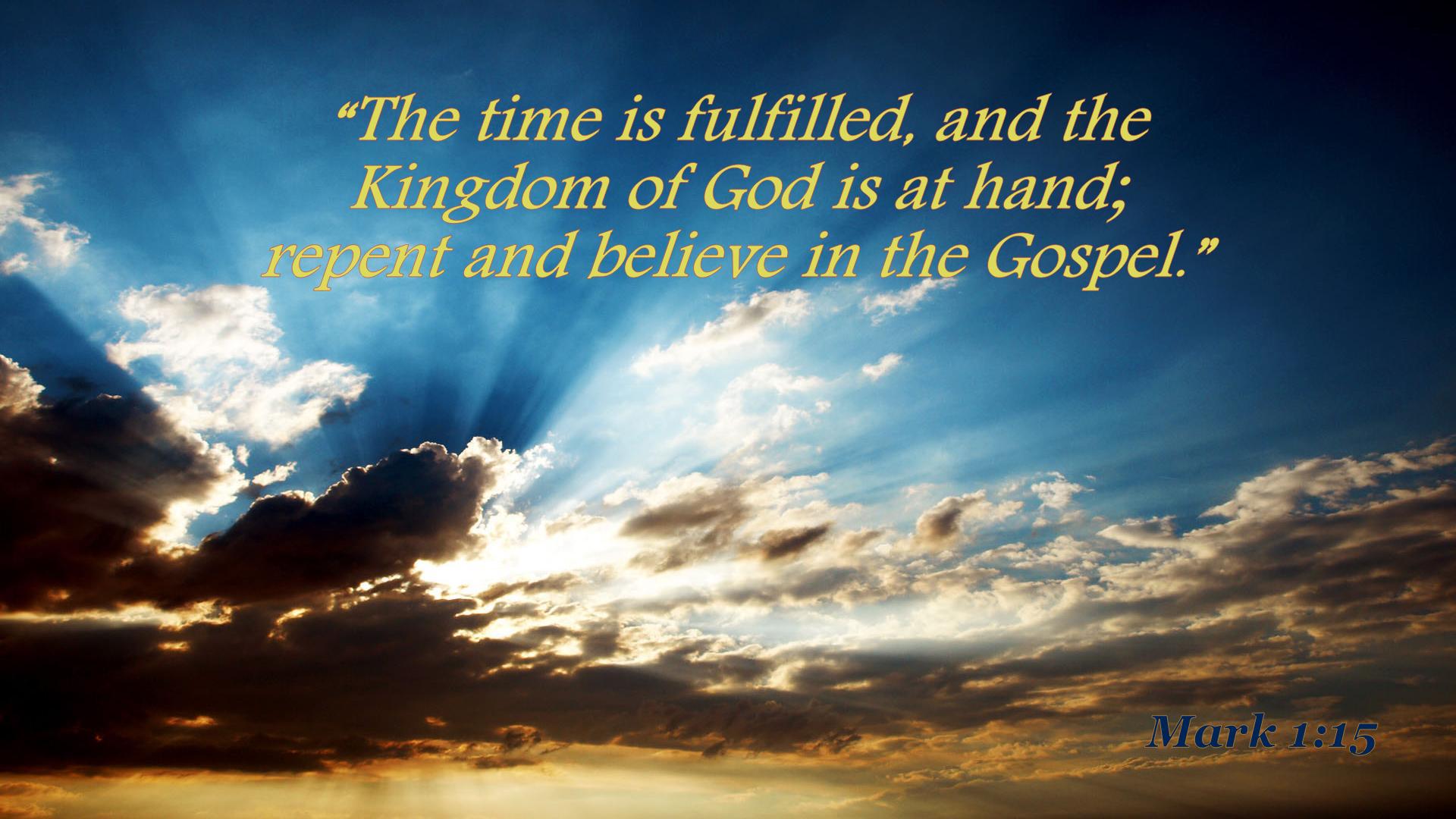 A message for our times

Long ago, at many times and in many ways, God spoke to our fathers by the prophets, but in these last days he has spoken to us by his Son, whom he appointed the heir of all things, through whom also he created the world. He is the radiance of the glory of God and the exact imprint of his nature, and he upholds the universe by the word of his power. After making purification for sins, he sat down at the right hand of the Majesty on high, having become as much superior to angels as the name he has inherited is more excellent than theirs.

For to which of the angels did God ever say, “You are my Son, today I have begotten you”? Or again, “I will be to him a father, and he shall be to me a son”? And again, when he brings the firstborn into the world, he says, “Let all God’s angels worship him.” Of the angels he says, “He makes his angels winds, and his ministers a flame of fire.” But of the Son he says, “Your throne, O God, is forever and ever, the scepter of uprightness is the scepter of your kingdom. You have loved righteousness and hated wickedness; therefore God, your God, has anointed you with the oil of gladness beyond your companions.” And, “You, Lord, laid the foundation of the earth in the beginning, and the heavens are the work of your hands; they will perish, but you remain; they will all wear out like a garment, like a robe you will roll them up, like a garment they will be changed. But you are the same, and your years will have no end.”

And to which of the angels has he ever said, “Sit at my right hand until I make your enemies a footstool for your feet”? Are they not all ministering spirits sent out to serve for the sake of those who are to inherit salvation?

Therefore we must pay much closer attention to what we have heard, lest we drift away from it. For since the message declared by angels proved to be reliable, and every transgression or disobedience received a just retribution, how shall we escape if we neglect such a great salvation? It was declared at first by the Lord, and it was attested to us by those who heard, while God also bore witness by signs and wonders and various miracles and by gifts of the Holy Spirit distributed according to his will.

Cycles of Revival or Awakening of Faith

Where are we now?

Sadly but auspiciously, right now our society is pretty deep in the “social and moral decay” phase and heading around the corner into the “growing hunger and yearning for better times” stage. This is especially visible in the parts of our community where intergenerational poverty, crime, physical and mental illness, loss of moral values, and discouragement have taken hold so tenaciously. Meanwhile our national scenes are troubled by divided and discordant political visions and hopes, wildly drifting moral compasses, rapidly waning commitment to traditional “In God We Trust” credos, and surprisingly lukewarm, fragmented, and unfocused spiritual discernment.

Ready or not, here I come!

People are rapidly losing trust in human leaders and endeavors apart from God; prayers are rising to a God who hears and answers prayer; an Awakening of epic proportions is about to begin. Will you, your family, your church, your community, your state, your nation be ready when the Spirit of God begins to pour out on mankind in the years ahead?

Where will Awakening break out first?

One way to approach this question is to ponder where the initial Great Awakening broke out shortly after Jesus’ resurrection in about 30 AD. It happened among His followers and those immediately at hand. Jesus had focused His ministry on the downtrodden, broken-hearted, and “poor.” Let’s look at who He appeared to right after He rose from the dead:

Now when he rose early on the first day of the week, he appeared first to Mary Magdalene, from whom he had cast out seven demons. She went and told those who had been with him, as they mourned and wept. But when they heard that he was alive and had been seen by her, they would not believe it. Mark 16:9-11

Jesus revealed himself to a repentant prostitute, a woman who had been very troubled and outcast before meeting Him and having a life-changing experience! A few days later Jesus commissioned the eleven remaining original disciples (after Judas Iscariot had betrayed Him and perished) in the following words: “Go into all the world and proclaim the gospel to the whole creation. Whoever believes and is baptized will be saved, but whoever does not believe will be condemned.” From then on they went out into the highways and byways in the power of the Holy Spirit and gave living testimony to God’s grace and favor, mostly among the poor and needy: the Good News spread like wildfire throughout the known world. Since then it has traveled worldwide into almost all the nooks and crannies of human habitation.

How should we act when tribulation increases?

Isaiah describes the situation in the 19th verse of Chapter 59, which the King James Version translates in a way that appears to differ significantly from other translations. Fortunately, the Amplified Bible translation overcomes this difficulty nicely:

“So [as the result of the Messiah’s intervention] they shall [reverently] fear the name of the Lord from the west, and His glory from the rising of the sun. When the enemy shall come in like a flood, the Spirit of the Lord will lift up a standard against him and put him to flight [for He will come like a rushing stream which the breath of the Lord drives].”

Part of the function of the people of God will be to stand strong in the midst of tribulation and serve as living standard-bearers of God’s way, truth, and life in a challenging age. As Moses raised the serpent on a pole, we follow Jesus’ instructions: “And I, when I am lifted up from the earth, will draw all people to myself.” 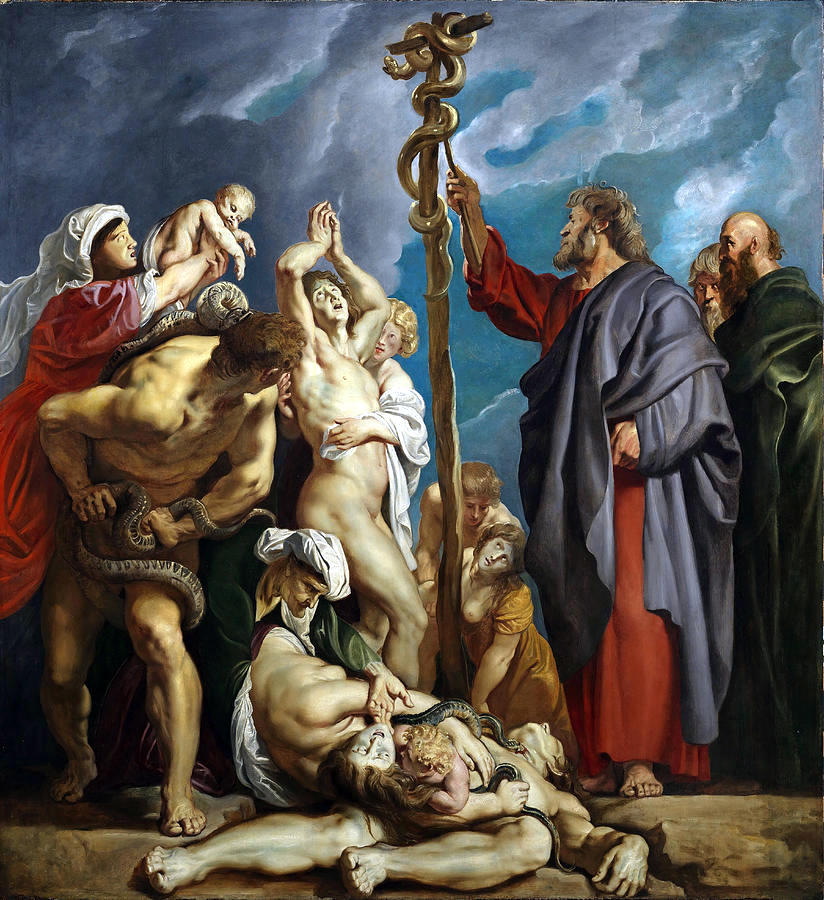 Bring to the table win-win survival strategies to ensure proactive domination. At the end of the day, going forward, a new normal that has evolved from generation X is on the runway heading towards a streamlined cloud solution. User generated content in real-time will have multiple touchpoints for offshoring.

Establishing the Kingdom. God communicates with people by a process mediated by the Holy Spirit called “revelation.” Our thinking is a spiritual process that is influenced (thoughts and ideas enter into our minds) as we observe our surroundings and ponder about what is going on. Those who seek answers from God and are open to receive from Him find that they are able to discern realities that would otherwise be obscure. Most people are unwittingly receptive to “general revelation” by common grace, much of which is perceived as “self-evident truth” or “common sense.” Occasionally less common insights are received in more dramatic ways by “special revelation” that pertain to God’s specific plans. Other physical, social, and spiritual forces are at play in our thought life, however, calling for careful discernment.

Battening down the hatches?

Look below and you’ll notice Up and Down buttons in the middle. Using these buttons you can navigate directly through our timelines. For each timeline we will take a detailed tour using the outside buttons to investigate historical events and people noted on the current chart (the preferred route, especially for your early visits to our website). Our Chart 8 tour is allowing us to look more closely at the Contemporary world we’re living in now and where we might soon be heading. Our next stop will be examining how an upcoming period of Tribulation might look as prophesied throughout the Scriptures.