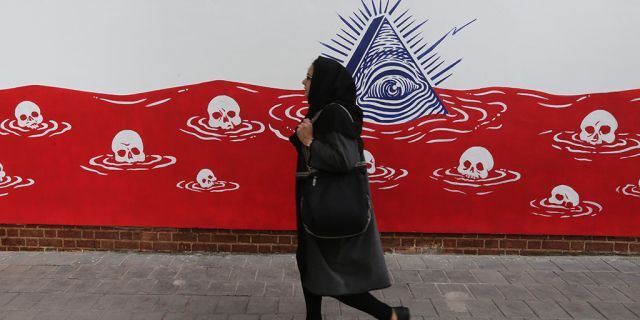 Lucia I. Suarez Sang reported in Fox News today that the former U.S. Embassy in Tehran got a new coat of paint ahead of the 40th anniversary of the 1979 takeover of the compound — and it’s virulently anti-American. The murals painted on the exterior walls were unveiled Saturday to light fanfare. One of the paintings is a depiction of a mutilated Statue of Liberty, the arm holding the torch severed and lying nearby. Others are equally graphic, as in the one depicted above.

Whenever people wonder how articulate and yet vicious other human beings can be when motivated by hate, all they do is look to the leadership of modern-day Iran. For a closer look, visi the “Supreme Leader” of Iran’s website at http://english.khamenei.ir/ and make your own observations.