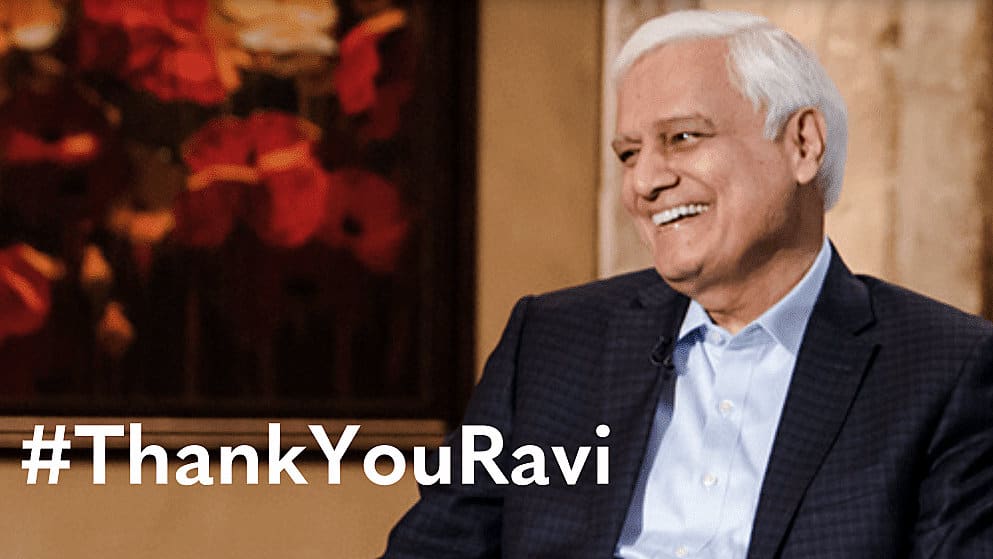 Apologist Ravi Zacharias died on May 19, two months after he announced he had been diagnosed with cancer. He was 74.

The popular author and Christian teacher was known for his work through Ravi Zacharias International Ministries (RZIM), which focused on apologetic arguments for the existence of God and the reasonableness of Christianity. He preached in more than 70 countries and authored more than 30 books in his 48-year career, teaching Christians to engage with skeptics and arguing that the Christian worldview has robust answers to humanity’s existential questions.

Zacharias was born in India and raised in an Anglican family. He recounted that his conversion to Christianity came while reading the Bible in the hospital after a failed suicide attempt as a teen. He immigrated to Canada at the age of 20. Zacharias started his ministry with the Christian and Missionary Alliance (CMA). A graduate of Ontario Bible College (now Tyndale University) and Trinity International University, he was commissioned as a national evangelist for the United States in 1977 and ordained in the CMA in 1980. He founded RZIM in 1984, and the organization has grown to about 200 employees in 16 offices around the world, with more than 70 traveling speakers.

His best-selling book, Can Man Live Without God?, sold about 500,000 copies in 1995. His most recent book, The Logic of God: 52 Christian Essentials for the Heart and Mind, won the Evangelical Christian Publishers Association’s 2020 Christian book award in the Bible study category.

Earlier this year, doctors discovered a malignant tumor on Zacharias’s sacrum as he underwent back surgery. He began receiving treatment for sarcoma at MD Anderson Cancer Center in Houston. The ministry posted an update on May 8 saying Zacharias’s cancer was deemed untreatable, and he was sent home to Atlanta to be with his family. On social media, a wide range of Christians including Lee Strobel, Tim Tebow, and Christine Caine posted tributes with the hashtag #ThankYouRavi. He is survived by his wife, Margaret, and their three children.

Click here to read Ravi’s most recent article, written after his cancer diagnosis.